Since the last report there have been interesting developments in the world of cyber security. The first item is that the US National Institute of Standards and Technology (NIST) has selected the standards for post quantum cryptography.

Also highlighted is the increase in Linux malware by 31% in 2022 over 2021 emphasizing a concern for those operating Linux OS.

Finally, there is a feature of Windows that is worth mentioning here named Dynamic Lock. It closes a long-neglected security issue without depending on users to change their behavior.

NIST is in the final round of establishing the replacement to RSA asymmetric encryption. The problem with RSA and other currently used asymmetric encryption mechanisms is that they are vulnerable to a medium sized Quantum Computer. As the world is quickly transitioning through small sized Quantum computers it is a pressing need to have a new standard that is not known to be vulnerable. The winning technology is lattice based and dominated by the Cryptographic Suite for Algebraic Lattices as they put forth the only key exchange mechanism (KEM) selected and one of the three signing mechanisms selected.

LINUX MALWARE ON THE RISE

Cybercriminals have largely ignored Linux compared to other more popular operating systems. However, the new data shows that nearly 1.7 million samples of Linux malware were found reaching record highs in 2022. Although Linux holds only 1% of the operating system market share, it occupies the second spot on the list with 1.7 million malware in H1 2022. All in all, while Linux is not as popular among computer users as other operating systems, it runs the back-end systems of many networks, making attacks on Linux highly lucrative. As Linux adoption rises, so will attacks against it.

Dynamic lock is a new feature in Microsoft Windows that will automatically lock your computer when a Bluetooth paired device goes out of range. This feature will make it harder for someone to gain access to a computer if the user steps away and forgets to lock it. The most common Bluetooth device to use with this feature is an Android smartphone, since most people always take their phone with them, but a Bluetooth headset would work great with this feature as well. Once the signal from the Bluetooth device falls below the maximum Received Signal Strength Indicator (RSSI) value, this feature will activate and lock the user’s computer. This is not a perfect solution, because if an attacker gets access to the computer before the Bluetooth device goes out of range, then the computer will not lock. It is still a good practice to always lock a computer anytime you step away from it, this will make that more automatic. 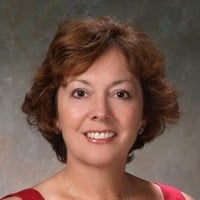