Why Is Wireless Network Security So Important for All Businesses?

Only one thing comes to mind when companies hear the terms wireless networks or Wi-Fi – convenience. Wireless networks provide organizations with enhanced efficiency, improved availability and accessibility of communication channels, increased employee productivity, and seamless collaboration. Due to this, Gartner predicts that more than 15 billion devices will have connected to company networks by 2028, with 80% of the devices using wireless technologies.

However, no network is immune to intrusions and breaches. For example, the Identity Theft Resource Center report indicated that the US alone recorded at least 1,100 data breaches in 2020 that affected more than 300 million people. The numbers are even higher in other countries, indicating a growing need for businesses to understand the essence of securing their wireless networks.

For modern enterprises, core business operations and functions depend on the availability and security of wireless networks. Attacks targeting such networks can cause prolonged business interruptions leading to financial losses, diminished customer trust, dented reputation, non-compliance fines, and loss of sensitive information.

Why you should be worried about your wireless network security

Mathy Vanhoef, a cybersecurity researcher, recently discovered vulnerabilities that impact all current Wi-Fi security protocols. According to the researcher's experiments, he found that "every Wi-Fi product is affected by at least one vulnerability and that most products are affected by several vulnerabilities." Therefore, organizations using wireless networks are susceptible to vulnerabilities unless they implement proactive measures for patching their devices.

Also, a 2019 survey involving 1,075 employees found that 72% of companies that experienced a data breach were due to connecting unsecured wireless devices, such as laptops, mobile phones, and printers, to their wireless networks. The same study revealed that at least 43% of organizations reported cyber-attacks, with 52% attributing the attacks to open wireless devices and networks.

Indeed, companies use wireless networks to transmit sensitive data internally and externally. Other than financial motivations, data theft is a leading cause of wireless network security attacks. Many companies require sensitive information to offer efficient services, making them a top target for attackers.

The following are the most common types of data targeted in a wireless network attack:

How hackers access sensitive information in a wireless breach

Malicious actors use different techniques to breach a wireless network in order to gain unauthorized access to sensitive information, such as personally identifiable data. The methods evolve as hackers leverage technological advancements to design attack strategies capable of causing the most damage. However, for most businesses, data is the primary motivation for executing wireless network attacks.

Hackers can use any of the following methods to hack and steal sensitive data from a company's wireless network:

A few years back, the main complaint entailed inadequate solutions for securing wireless networks. However, the case is different today as companies consider the numerous offerings to be too much. With so many security providers offering multiple wireless network security solutions, organizations are often unable to determine which one is best suited to address the security needs of a given business environment. A 2019 study on the State of Enterprise Secure Access conducted by IDC Connect and sponsored by Pulse Secure found that instead of efficiency, many companies rely on at least two separate tools in secure access. The 300 companies surveyed revealed that they use at least two tools in various categories, such as network access controls (NAC) devices, cloud security access brokers, virtual private networks, and mobile device management (MDM). This "tool sprawl" issue leaves companies more vulnerable as it contributes to complexity for both users and administrators while reducing visibility across users and devices connecting to resources.

As such, wireless network security adds several complexities to corporate networks. Enterprises must be aware of their unique network designs and corresponding wireless security solutions to protect data and IT infrastructure from malicious access. Determining the appropriate solution is thus a complex issue for IT teams today.

In this regard, some network admins recommend best practices for protecting wireless networks, such as:

Although recommended, these and many other recommendations are not always implemented, and if they are, they are not always maintained. Take the first two points, for instance. MAC addresses can become unmanageable as a wireless network grows beyond managing a few access points, especially for a rapidly growing enterprise. Also, updating and patching network access points on time call for an automated program that monitors and manages updates in real-time. Unfortunately, only a small number of companies can build and maintain such a program.

Wireless network security is arguably the most crucial to driving business growth and productivity. Pulsar Security protects your company by monitoring wireless networks as an entry point for attackers. Pulsar's proprietary Sonar devices, included with Pulsar Cyber Shield, allows an organization to know who or what device connects to its wireless network at any time providing control over the users or devices that can connect to a network.

With evil twin attacks reported daily worldwide, the Sonar platform detects and alerts once a new access point starts broadcasting your network's MAC address or SSID. The platform also performs frequent automated password cracking to ensure your wireless network's password is robust. Through Sonar, you are assured of detecting rogue access points created within range of your network and the devices connecting to it, ensuring you remain protected. Also, you can use Sonar to identify if any of the access points are running outdated firmware that can cause network compromise. 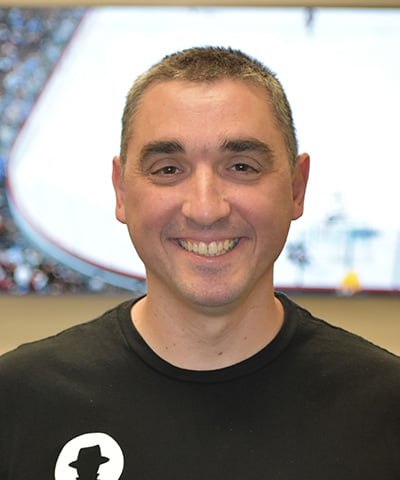